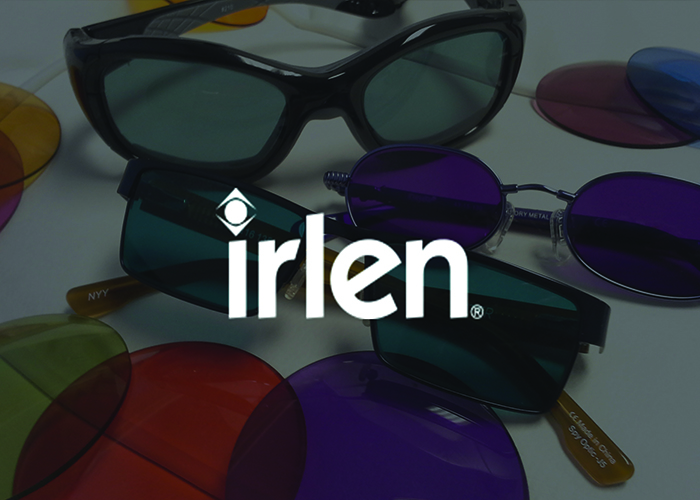 My daughter Libby who is now 15 has always had difficulty with reading text. Through various reading and support programs she has managed to maintain average marks - but it has always been a puzzle as she is a mature student who often shows above average ability. Six months ago we had her eyes tested again and as well as suggesting she could have prescription lenses we were also recommended to have her tested with tinted lenses. Consequently, she has been using her Irlen tinted glasses and has noticed a huge improvement in completing her school work. Also her recent exams results are markedly improved which Libby is delighted with. So we fully recommend Irlen as a process to follow up on if other learning processes are disappointing.

In November 2009 our son Ben was assessed and diagnosed with Irlen Syndrome. We were very suprised that Ben had been through five years of school having to deal with these problems and had made progress, all be it slowly. It was decided that Ben needed glasses with lenses that had a colour tint in them.

Since Ben's diagonsis we and his teachers have noticed a remarkable difference in his attitude towards school and school work. He is a lot happier and confident in general. Ben would often find excuses to not doing any reading homework (e.g. leaving his book at school) but this term I went to pick him up from school at the end of the day and I found him sitting under a shady tree reading!!!!!

Since Ben has been diagnosed with Irlen Syndrome we have become aware of what Ben sees and how he processes information, it has opended up a whole new world for him. We are all very excited to see what Ben will learn next.

It has been three months since Mitchell has been wearing his Irlen glasses and it has improved his reading a great deal. Many thanks to Mark and his team at Visqiue in Hastings and Waipukurau who have given us such a great service.

We, my husband and I, have noticed big changes since Jack has been wearing his Irlen glasses. When he is doing his homework, he no longer rubs his eyes, looks away from his work, fidgets in his seat or yawns.His reading isn't as dis-jointed as It was and now there Is definately more fluency.

Jacks class mates have accepted him wearing his Irlens glasses with no problems at all which is fantastic. He started with a new teacher at the beginning of the year when he first started wearing his glasses so are yet to see the results from that side of things.In saying that we have started Jack with a private tutor once a week to help him catch up on the fundamental aspects of his early years at school which he's missed and the tutor has said he's doing fine. So that's good news.

Sometimes Jack doesn't wear his glasses in class, as he says he doesn't need them, which I know is fair enough. He is also starting to realise that sometimes he makes mistakes when writing things down due to not wearing them.Which is great since he's come to that conclusion himself.

Obviously It's early days with him wearing his glasses, but what we've seen has been very positive.

'My headaches and migranes have decreased a lot since I started wearing my glasses...'

I have spent my whole life getting migraines and severe headaches and I never knew why. In early 2009 mum took me to get my eyes checked and they were all over the place. She told me about Irlen and to go to the local Kip Macgrath centre to be tested where I was tested positive. I then went to Hastings to have further tests and find the glasses that I needed. At the time I was really nervous and didn't know what to expect, but I am glad that we found out because my headaches and migraines have decreased a lot since I started wearing my glasses (apparently one or two headaches a week isn't good still lol). It is so cool to not have the strain on my eyes anymore. School has been a lot easier as well I have a longer attention span and can work in the afternoons after a morning of reading. The one problem with it is other kids because they don't understand it so they joke around about it.

'My glasses help with my reading and writing.'

'I never knew that having coloured lenses could help and make a big difference....'

Throughout my school years my teachers where putting my difficulties down to having a behavioural problem. I had never heard of Irlen Syndrome until I was told I had it and went through all the tests. I never knew that having coloured lenses could help and make a big difference but they do. They have made a huge impact on my life if only we could have found out earlier it would have helped me even more.

Yes I do get asked questions when I wear my glasses like why they are tinted and no one has ever heard of it and no one has the problem. Knowing I have this syndrome and that it is easily fixed makes a huge improvement and the only way people can tell is by looking at my glasses.

I suggest getting tested for it if it sounds like you, it will really benefit your life in a very big way.

He is confident in himself knowing he can read, his self esteem is vastly improved, and he completes homework. Both Karen and I know that without identification of Irlen Syndrome, Lenny would have been one of 'those' kids; the dumb kid, the stupid one who can't read, a non-achiever, "could do better if tried" boy, and ultimately a trouble maker and disrupter in class. From there, onwards into the community.

Since I got my Irlen glasses I have been wearing them non stop!

I use them not only to help me read better, but also to do every day things and for work. For work I'm outside in the sun for up to 6 hours a day, before I had Irlen glasses I would often get headaches or even migraines, but now I don't get any headaches or migraines!!

People may look at me funny for wearing blue glasses (especially when it's not sunny out), but I don't care! The way I see it I'm getting the relief so I'm wearing my glasses.

I strongly recommend that you visit Mark

After a diagnostic interview and an examination with Mark at VisionLink I now have very clear information about what my son's specific difficulties are. He has Irlen's Syndrome, Oculo-Motor Dysfunction, and Dyspraxia. My son has since been fitted with Irlen's lenses, and we will be embarking of a program of therapy which will help to correct the Oculo-Motor Dysfunction. Although this is a commitment for our family, it is well worth it. Through having these definitions to help explain my son's behaviour and difficulties, his school and I are now better placed to investigate strategies and approaches to best help my son. We are much clearer in our direction and goals for him.